Nifty factoids and tibits about the history of Methodist church in Peterborough, NH. 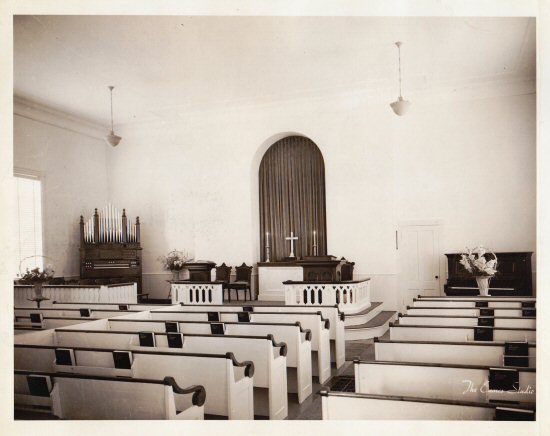 From a church history report written by Rev. J.L. Harrison 188?

Methodism was introduced in Hillsboro’ Co., sixty years ago, in 1819. In March of this year Rev. Zena Adams was invited to preach in Hancock, where a small society was formed and attached to the Unity Circuit. In the fall of the same year Bro. Adams preached in Peterboro’, and in a number of the towns of the county.

“Zena Adams was emphatically a pioneer in Methodism. No man perhaps was any better calculated to win the affections and enlighten the minds of the people upon doctrines and do away prejudices against Methodism than Z. Adams.”

Let us who are younger try to fill up as far as we can the places left vacant by the old time warriors, that with them we may hear the welcome “well done.”

The first Methodist services of which we have a record were conducted in Peterborough by Rev. Zenas Adams who preached here and in Hancock in 1819.

In 1834, the membership had reached about forty and Peterborough was made a [Methodist] “station,” with Joseph Allen as the first regularly appointed minister.

The church was formally organized in 1839 with the declaration, “These subscribers have formed ourselves into a religious society of the Methodist Episcopal Church in Peterborough.” 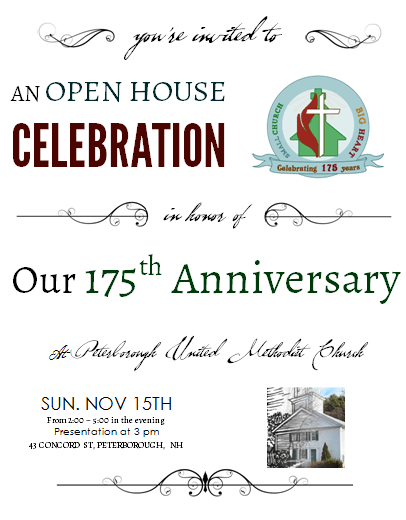