The 2014 Mission Team: Andy and Linda Wallenstein, Melissa and Linda French, Cindy Faust, Priscilla Crowe, Gladys Bugler, Steve Griggs, Patrick Troy and Laura Nerz. We are all on the mission team!
As our team expands our ideas our energy is expanding. We are growing in faith and trust in the Lord for our direction and learning to “dare greatly”. We look forward to continuing God’s work for 2015.

The Mission Tree was a new project of the church for 2014. This is a wood post arranged with 12 cans. Each can is designated for a different church mission. This is intended to help keep our missions in the minds of our parishioners and provide a visual, along with the Missions Team poster in the fellowship hall which describes these missions in more detail. We are grateful to Matt Keenan for building this beautiful feature. 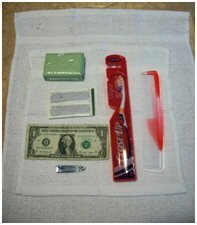 UMCOR Relief Supply Kits (United Methodist Committee on Relief)
In April the church family brought in hygiene supplies to fill 11 hygiene kits and raised $25.87 for delivery of the kits. These kits were taken to the Bow United Methodist Church who is a Receiving Center for these kits.
UMCOR is the humanitarian relief and development agency of the United Methodist Church. UMCOR responds to natural or human made disasters — those interruptions of such magnitude that they overwhelm a community’s ability to recover on its own. Relief-supply kits help provide care for the most vulnerable people during times of crisis. They can be sent to where they are needed most. UMCOR.org

Annual Mission Trips
In May missions had a cupcake potluck in which the church family brought in cupcakes that were shared after worship service. Donations were received and $163.05 was raised. We sent Patrick Troy to help rebuild a kitchen in Springfield Congregational Church in Massachusetts in April.
These funds help defray the cost of travel and living expenses for annual mission trips. 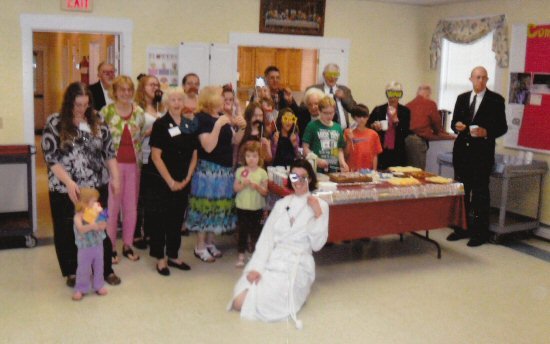 Arun from World’s Children International
In June the mission team sponsored another cupcake potluck to raise funds for our sponsored child. June is Arun’s birthday month and we made a birthday cake and took pictures of a large group of church members in party masks. We raised $423.53. This provided Arun with a birthday and Christmas gift in addition to our yearly sponsored pledge of $330.
World’s Children has cared for orphans and vulnerable children around the world since 1965. WorldsChildren.org 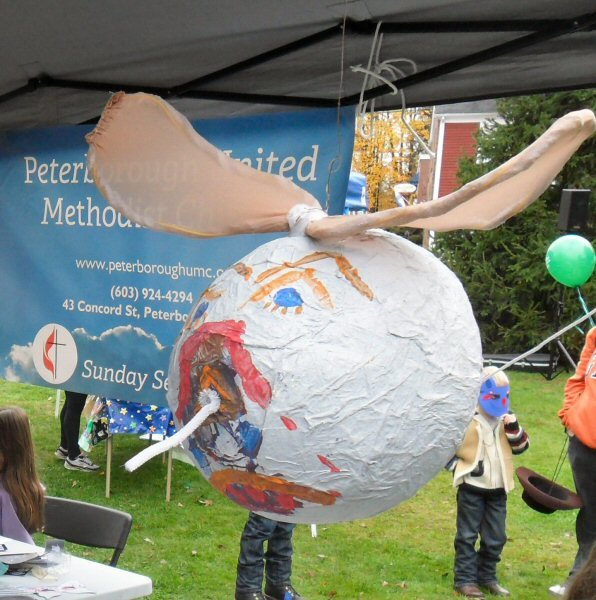 Imagine No Malaria
The mission team worked with the Sunday School children to raise these funds. They created very large paper mache mosquitoes. They surrounded a cradle with a baby doll in it with a net, to prevent the mosquitoes from biting the baby and therefore preventing Malaria. The children worked very hard at this project and presented this during the church service several times, answering questions explaining the prevention of the disease. They also presented this project at the Peak into Peterborough festival in October which completed their total fund raising of $637.05 raised from June to Dec.
Imagine No Malaria is an extraordinary effort to eliminate death and suffering from malaria in Africa by 2015. $10 saves one life in Africa. ImagineNoMalaria.org 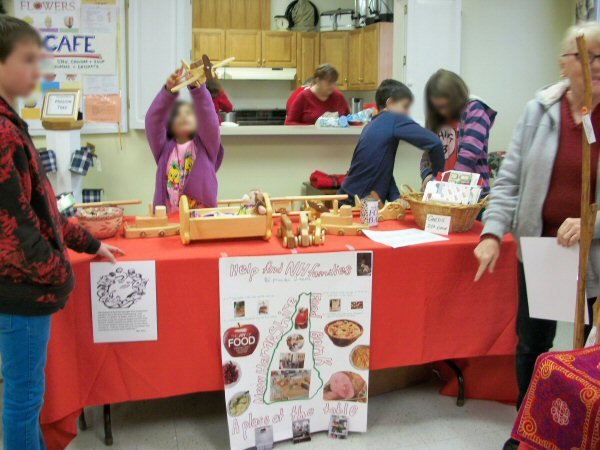 NH Food Bank
The mission team worked with the Sunday School children and raised $691.00. The children set up a table with posters and information at the church Holiday Stroll craft fair in November and raised $373.95. In December they again set up a table at the Jaffrey Christmas Fair and raised $316.05 for a total of $691.00 or 1830 meals.
The New Hampshire Food Bank has served as the only Food Bank in the Granite State since 1984, distributing donated and surplus food to over 400 registered agencies who in turn provide it to over 143,000 different men, women and children each year. A $1 donation provides two meals for the hungry. Based in Manchester, NH, they distribute food and money statewide. NHFoodBank.org 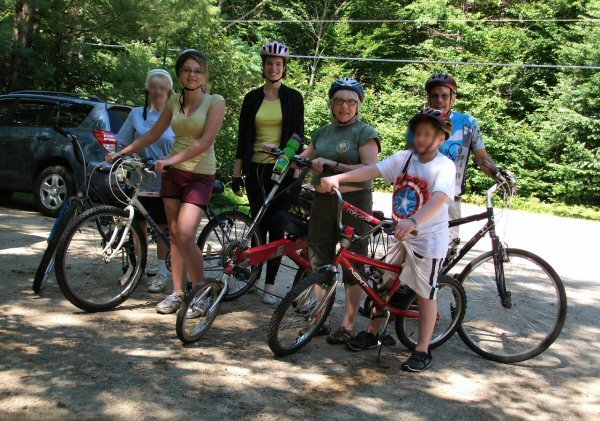 Gift Cards for the Hungry
We held a bike ride and raised $172.00.
This is an initiative begun by our missions team. A church member who works in a local store reported to us, people come in the store stealing soup and basic foods because they have no money. Sometimes mothers trying to buy formula for the baby and having to put it back because of the lack of money. The money raised is divided into $25 gift cards given to members of the mission team to have available to assist in this need. 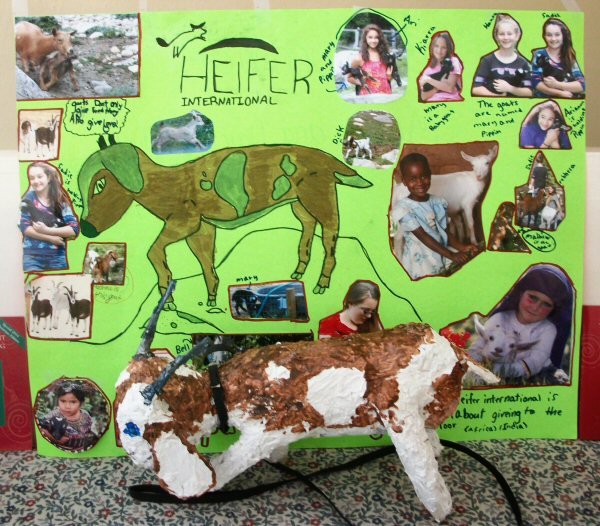 Heifer International
In October the mission team worked with the Sunday School children to raise $240 to sponsor 1 Goat and 2 Flocks of Hope (2 flocks of chicken, geese and ducks). They made posters and a paper mache goat, and presented to the church during a Sunday service.
Heifer International does so much more than put food in the mouths of hungry people. Heifer helps people feed themselves. Heifer.org

New Life Home
Priscilla Crowe continued fund raising for the church with Christmas wreaths, handmade by a local family that was stressed with family illness but welcomed the income they received from this project. The church family had beautiful wreaths to hang for Christmas. Priscilla also organized and managed the mission project for New Life Home in Manchester. Christmas presents were provided for the residents. The list provided to us was filled 100% and Priscilla delivered wrapped presents to the home.
New Life Home is a long term rehabilitation program for women and children. The focus is overcoming addiction, providing education and job skills, parenting classes, relationships built on the foundation of Christian ministry. NewLifeHome.org

I know I speak for the whole mission team when I say we had an awesome year working on these projects together, receiving the blessings of fellowship, establishing strong bonds and the desire to continue in God’s work. We are excited for 2015 and are praying for God’s guidance in these projects. Matthew 7 :7 “Ask and it shall be given you; seek and you shall find; knock, and it shall be opened unto you.”
This 2014 Mission Team report respectfully submitted,
Linda Wallenstein